The Registan of Samarkand was originally, and is still even in its ruin, the noblest public square in the world. I know of nothing in the East approaching it in massive simplicity and grandeur; and nothing in Europe ... which can even aspire to enter the competition. No European spectacle indeed can adequately be compared to it, in our inability to point to an open space in any western city that is commanded on three of its four sides by Gothic cathedrals of the finest order.

The Registan ensemble at the heart of Samarkand, restored to its original splendour, ranks first in Central Asia and among the greatest of all the grandiose and magnificent works of the Islamic world. Samarkand's central square, will make even the most architecture-weary visitor stand up and take note. Pausing for a minute (and a photo) on the raised viewing platform, the square unfolds below you. An almost infinite number of contrasting patterns swirl and dance on every surface but somehow never clash; the equally garishly patterned textiles worn by Uzbek women walking by appear almost as a continuation of the buildings themselves. The effect is completely mesmerising.

The Registan, which translates to ‘Sandy Place’ in Tajik, after a stream that washed sand over the earth, does little justice to the architectural and decorative wealth on show. Like the Shah- i-Zinda necropolis, repeated visits are necessary to grasp the depth of detail as changing light explores multiple shades of mosaic radiance.

This ensemble of majestic, tilting medressas – a near-overload of majolica, azure mosaics and vast, well-proportioned spaces – is the centrepiece of the city, and one of the most awesome single sights in Central Asia. The Registan, was medieval Samarkand’s commercial centre and the plaza was probably a wall-to-wall bazaar.

The Registan grew up around the tomb to the 9th-century saint Imam Muhammad ibn Djafar, but by the 14th century this was also the commercial heart of the town. Six roads ran through the square, and it was connected directly with Timur's citadel. Imperial decrees were shouted from the rooftops, and people would also have gathered here to watch military pageants and other forms of spectacle. The three magnificent buildings you see today are the successors to this medieval centrepiece.

The three grand edifices here are among the world’s oldest preserved medressas, anything older having been destroyed by Chinggis Khan. They have taken their knocks over the years courtesy of the frequent earthquakes that buffet the region; that they are still standing is a testament to the incredible craftsmanship of their builders.

From 1417-20 Timur's grandson Ulug Beg built a beautiful madrassah (Islamic college) on the west side of the square. Opposite, he replaced the headgear bazaar of Tuman Aka, Tamerlane's youngest wife, with a lofty-domed khanagha, a hospice for dervishes. To the north arose the Mirza Caravanserai and to the south the huge Alike Kukeldash Mosque, alongside the elegant Carved Mosque and a bathhouse bright with mosaic. The square itself was the scene of military parades and public executions. Tamerlane's great-great-great-grandson Babur placed his command post on top of Ulug Beg's madrassah as he repelled Uzbek hordes early in the 16th century.

Ulug Beg was a prominent intellectual who, sadly for his faltering empire, spent more of his time concentrating on maths and science than he did on affairs of state. His love of astronomy is shown in the mosaic tilework above the 15m arch on the main portico: it's a depiction of the sky and the stars.

Just a century later only the madrassah remained in good repair. Uzbek governor Yalangtush Bakhadur made a bid for immortality by dismantling the khanagha and caravanserai in favour of two new madrassah of complementary size and ornamentation, thus completing today's layout. Eighteenth century troubles emptied the Registan; Ulug Beg's madrassah lost its second storey and "owls instead of students housed in its cells, while the doors were hung with spiders' webs instead of silk curtains". All three were used as grain warehouses until a slow religious recovery in the 19th century.

The Bolsheviks revived the square's political potential with party rallies, mass veil-burnings and trials of counter-revolutionaries. The Soviets, to their credit, worked feverishly to protect and restore these beleaguered treasures, but they also took some questionable liberties, such as the capricious addition of a blue outer dome to the Tilla-Kari Medressa. They also revived Registan's appearance: straightening minarets, rebuilding domes, restoring tilework and removing the detritus of centuries-over two metres of earth- leaving Ulug Beg's madrassah slightly over-shadowed by its near replica, the later Shir Dor.

Entry to the complex costs around US$6. Security guards offer illicit access to the minarets of either the Ulug Beg or Shir Dor madrassahs for around US$3 in sum. Souvenir shops fill every corner of the three madrassahs, with some masquerading as museums. 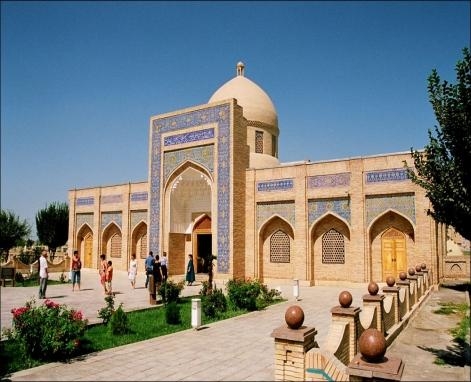 Sufi tour in Uzbekistan
Tashkent - Samarkand - Bukhara - Tashkent
$900 8 days
View details
Take this 8 days Ziyarat Tour to explore the sacred destinations in Samarkand, Bukhara and Tashkent, to visit the resting places of great scholars of Islam. The highlights of the trip are visits to Imam al Bukhari’s memorial complex, the collector of the hadith “Sahih al-Bukhari” and to the architectural complex of Khwaja Baha ad-Din Naqshband, the Master of the “Naqshbandiya” order. 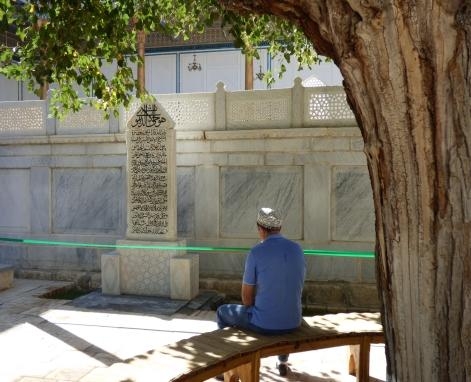 Uzbekistan Pilgrimage Tour
Tashkent - Bukhara - Samarkand - Kitab - Sherobod - Termez - Denau
$1100 8 days
View details
During the tour you will have opportunity to make pilgrimage to the graves of great theologians of Islam as well as to other sacred places. The highlights of the trip are visits to Imam al Bukhari’s memorial complex, the collector of the hadith “Sahih al-Bukhari” and to the graves of great Sufi leaders.
Popular hotels in Samarkand 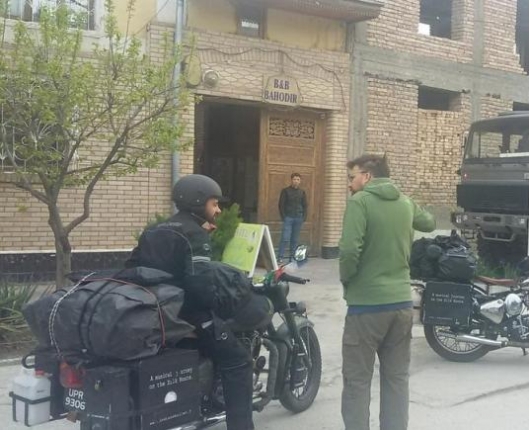 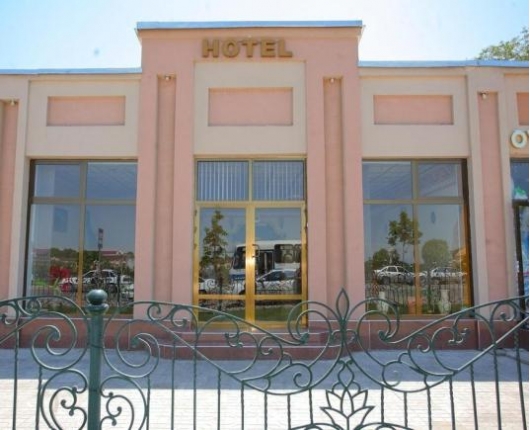