To crush one hundred Caucasian mountains with a pestle,
To languish one hundred years in prison,
To dye the sky red with the blood of one's heart,
Is easier than to pass one moment with a fool.

Pakhlavan Mahmoud (Pahlavon Mahmud), the Hercules of the East, Palvan Pir the kurash wrestler-saint, Pirar Vali the antireligious Persian poet, Mahmoud the district furrier, all died here, one and the same, in 1325 to enter local folklore as a hero of both brain and brawn and to become the adopted patron saint of Khiva. Over the years a small mausoleum grew up over the site of Mahmoud's original furrier shop, but it was not until 1810-1835 that the tomb was given its present glory by the Kungrad khans of Khiva, as they transformed the shrine into the last great family mausoleum erected in Central Asia and the most renowned building in the city.

Originally the mausoleum building was modest and small; but as it became a popular place of pilgrimage, khuzhras, khanaka and mosques, where pilgrims pray, were constructed. The entrance portal in the mausoleum was constructed at the building's south side in the XVIII century. The Shergazi-khan, having constructed the new madrasah, based it on the Pakhlavan Mahmud mausoleum in 1719. Muhammad Rakhim-khan I decided to change the ensemble considerably after a successful campaign in Kungrad in 1810. He reconstructed the Pakhlavan Mahmud mausoleum so, that the governing Kungrad dynasties necropolis appeared "at the feet" of the Khivan. They began to bury the Khan's family members here, and the mausoleum territory was extended to the east and to the south. The new mausoleum includes an old tomb and khanaka with a high double dome, the silhouette of which has become one of the main symbols of Khiva.

The two-storeyed building on the court yard's west side and the summer ayvan mosque on the east side, were constructed at the Isfandiyar-khan's request in 1913.

Many cartouches with religious sayings, Pakhlavan Mahmud verses and names of masters are included in the memorial majolica. The Pakhlavan Mahmud gravestone is unsurpassed with the jeweller's accuracy and the grace of the mosaic of carved slip glaze ceramics. Civil construction was carried out under the guidance of the famous Khivan architect Muhammad Murad. The names of the ceramic masters, who took part in the mausoleum's decoration, are also known - these are usto (teacher) Sufi Muhammad Niyaz and usto Abdulla Dzhin, who defined the Khivan style of the buildings decoration for many decades hence.

The mausoleum has gradually been turned into a majestic construction, with the greatest dome in Khiva, covered with blue glazed tiles with a sparkling gilt top.

The complex is entered through the early southern portal, dated to 1701 by an inscription on the carved gale, and leads to a pretty courtyard with hujra cells to the left, and mausoleums straight ahead and an open summer mosque and well to the right. The introspective and dizzying decoration saturates everything in multiple shades of blue from the piercing to the languid, while above floats the turquoise ball of the high dome, restored after heavy snow dragged off its tiles in winter 1993. The main hall covers the sarcophagi of Abdul Gazi Khan (left, r. 1643-1663), Anusha Khan (right, r. 1663-1689) and Mohammed Rakhim Khan I (centre, r.1806-1825), but the true focus of adoration lies adorned with local folk motifs in a left-hand chamber, behind an ornate screen inlaid with ivory. A further mausoleum dating from 1913 was originally designed to commemorate Isfandiyar Khan, but he was assassinated outside the city walls and could not be buried here and so today it contains only the tomb of Isfandiyar's mother and son, Timur. A man was traditionally buried with his mother rather than his wife, because of the large number of wives and concubines a khan could amass in one lifetime. The underground tomb of Alia Kuli Khan also lies to the right of the main hall.

The Soviet era saw the popular tomb close in 1959 when pilgrims were 'invited' to attend antireligious lectures here and transformed in 1979 into The Khorezm Museum of Revolutionary History. Today awkward newlyweds and childless hopefuls throng Khiva's holiest spot. All visitors to the tomb should leave their shoes by the entrance.

A labyrinth of layered tombs surrounds the holy magnet, bricked up when full, and even the remains of a Zoroastrian ossuary can be seen sunk into the earth outside the right-hand wall of the complex.

Opposite the mausoleum is the Shir Gazi Khan Madrassah (1718-1720), built by 5,000 Persian slaves abducted from Meshed. The slaves were promised their freedom in return for their labour, but as the construction neared completion Shir Gazi began to murmur discontent over its construction and the slaves, sensing perfidy in the air, lynched their master inside his own madrassah. An inscription above the entrance stoically reads: "I accept death at the hands of slaves." The khan is also lamed as one of the greatest historians to write in Chagatai Turkic. His tomb is said to stand in the western chamber, next to the adjoining Rasulbai Madrassah.

Today, Khiva's oldest madrassah contains displays to two former students turned poets: Karakalpak wordsnnth Ajinyaz (1824-1878), and the Turkmen Makhtum Kuli, who studied here for several years until, it seems, he had studied everything his teachers had to teach. A quick exploration of the hujra cells will reveal that many enjoyed cosy fireplaces. For some macabre reason, the display also contains a pickled pair of conjoined twins, a leftover from a Soviet-era medical display. 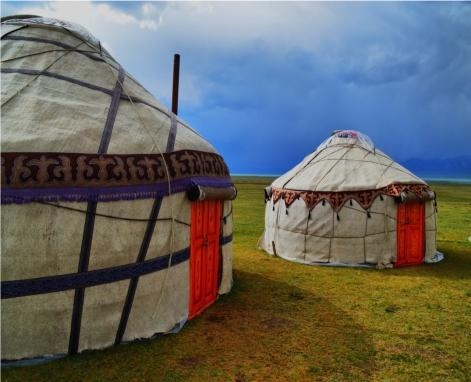 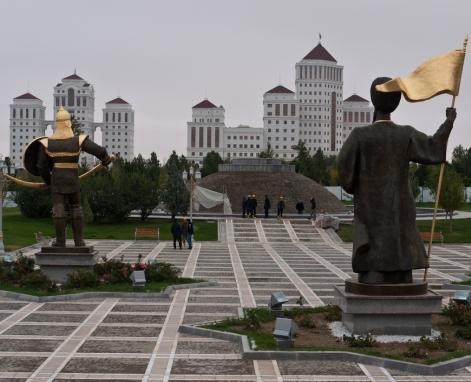 best seller
Turkmenistan + Uzbekistan
Ashgabat – Mary – Bukhara – Samarkand – Tashkent
$1190 8 days
View details
Within this 8 days tour you will visit 2 so different and yet so close Central Asian countries. You will experience the local colour of Ashgabat (best described as a merging of Pyongyang and Las Vegas!) and have an excursion to ancient Merv, probably the most important city in the world at certain times of its history and a place where you will learn a great deal about the history of Central Asia, the rise and fall of dynasties and cities, the silk road, and human civilization in this part of the world in general.
Popular hotels in Khiva 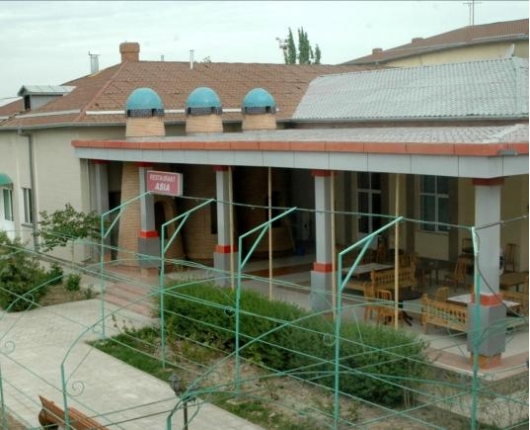 Asia Khiva hotel
Khiva
$65
View details
A comfortable hotel within easy reach of all that needs to be seen in Khiva. It's, supposedly, best or second to best in Khiva, take it; Khiva makes the effort worthy! Service is on a downside, but again for the service better go to smaller boutique hotels that are family run and treat the guests as their own friends. For a short stay of 2 to 3 days, the hotel fits the bill.
Room facilities 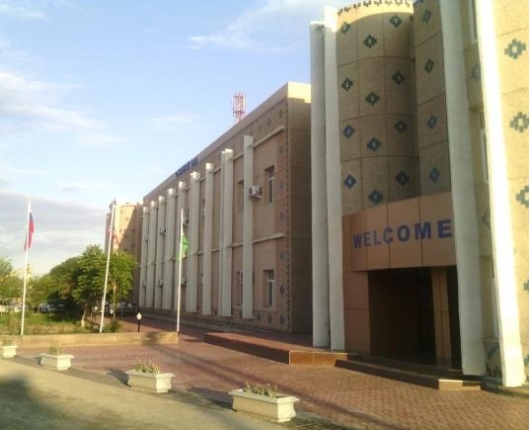